We believe the Bible is the inerrant written word of God.

We believe in God the creator of the universe. We do not accept any teaching of an evolution process or theistic evolution.

We believe in the virgin birth and sinless life of the Lord Jesus Christ.

We believe in the atonement of Jesus Christ for the answer for all of man’s sins, and that all men can be saved through the blood of the Lord Jesus Christ.

We believe in the absolute deity of the Lord Jesus Christ, and that this belief is essential to salvation.

We believe that Jesus was crucified, buried, and rose from the dead on the third day according to the Scriptures.

We are trinitarian, believing in the scriptural Godhead of Father, Son, and Holy Ghost. We do not accept Oneness Pentecostal theology or any other non-trinitarian doctrines.

We believe in a literal heaven promised to those who walk and continue by faith in Christ.

We believe in the doctrine of eternal hell as outlined in the Scriptures. Any doctrine that denies the reality, the literality, or the eternity of hell, we refute in Jesus’ name. We shun the erroneous notion of purgatory.

We understand that God in the Bible is a God of wrath as well as a God of love. To emphasize His love while not emphasizing His wrath is wrong, and misrepresents who He is, which much of the church today is guilty of doing.

We believe that strait is the gate and narrow is the way that leads to life and few there be that find it.

Jesus said, “you must be born again” (John 3:7). Only those who obey this commandment will see the kingdom of God.

We believe in salvation by grace through faith, and not of works (Ephesians 2:8-9).

We believe in the Lord’s ordinance of communion, which we are commanded to do often.

We believe that a true disciple must obey the Lord by being baptized in water by full immersion upon his decision to follow Christ. Infant baptism is a religious lie nowhere found in Scripture.

We strongly believe in the baptism in the Holy Spirit with the evidence of speaking in other tongues as outlined in the Scriptures. This experience is necessary for the believer to walk in the fullness of what God has promised.

We believe that the gifts of the Spirit, the outpouring of the Spirit, dreams, and visions, are for today and did not cease with the early church. Cessationism is false teaching within the modern-day church.

We believe in the ministry of deliverance from demons. Christ led this example and commanded His disciples also to do this. Much of the church does not embrace, understand or practice this ministry.

We believe that apostles, prophets, evangelists, pastors, and teachers are all gifts in the body of Christ today.

We do not accept Calvinism as biblical doctrine.

We do not accept the “once saved always saved” doctrine as biblical, but we must “continue in the faith grounded and settled and be not moved away from the hope of the gospel” (Colossians 1:23).

We do not observe the so-called Christian holidays such as Christmas and Easter as they are rooted in paganism and are not biblical. God gave no such commandment about observing these.

We do not observe any of the Old Testament feasts, as they were given to the people of Israel through Moses, but are not a part of the New Testament church. The feasts are shadows of things to come, but through Christ, we begin to walk in the fulfilment of these things.

We respect the Jewish people as God’s Old Testament people according to the flesh. We believe that God has a plan for the Jewish people, but right now their religion is in error. They must embrace Christ and the New Testament teaching if they are to be saved. We know that all of Israel will embrace Christ upon His return. All anti-Semitism is wrong: replacement theology is wrong; British Israel doctrine is a totally absurd concoction with no scriptural grounds; Black Hebrew Israelites are wrong. We should respect the fact that the Jews are God’s chosen people according to the flesh.

We believe that Christians allowing Judaic practices in the church is an error. Paul, the apostle, warned against Judaism creeping into the church. We resist the Hebrew roots movement.

We believe that all religions outside of Evangelical/Pentecostal Christianity are false and that Jesus Christ is the only means of salvation. Jesus said, “I am the way, the truth, and the life.” Multi-faith or Universalism is a lie deceiving masses of people.

We believe that God wills all men to be saved regardless of background, religion, past sins, etc., but man must come to God in true repentance on God’s terms and conditions and not his own. God will only accept Christianity as He defined and outlined it in the Holy Scriptures. Man has no right to manufacture his own religion to suit himself.

We believe that the Roman Catholic Church is completely false and also mainline Protestant denominations such as the Church of England, the Church of Ireland, the Presbyterian Church, the Methodist Church, and the Lutheran Church are apostate. We believe that these and others like them are institutions of men run on man’s traditions, teach false doctrine, and only have a form of godliness. No true Christian has any excuse for even being part of such.

We believe that institutions such as the Orange Order and the Royal Black Preceptory in N. Ireland are not Christian, and do not represent Christ’s teaching and example.

We believe the Masonic Lodge is a dangerous secret society that is idolatrous and Luciferian in nature. We would advise all masons to renounce it and get born again immediately in the interest of their spiritual welfare.

We also do not accept that church-connected children and youth organizations such as the Boys Brigade, Girls Brigade, and Boy Scouts are of God. These may appear somewhat Christian but are more of man’s inventions not based on the biblical pattern of the New Testament teaching. How can organizations be Christian when they contain many non-Christian leaders and children?

We believe in the soon rapture of the church followed by a seven-year period, and then the return of the Lord Jesus Christ. Jesus will then set up his millennium kingdom reign on earth. We do not accept Dominionism, Kingdom Now, or Seven Mountain theology, as these teachings are far removed from the biblical teaching concerning end-time events.

We believe that homosexuality is a sin according to the Holy Scriptures, as taught in both the Old and New Testaments.

We resist the feminist movement in the world today as it is in direct rebellion against God the creator. The woman has forsaken her God-ordained role and embraced Satan’s lie to her peril.

We believe abortion is a sin and the murder of innocent blood. No one has a “right” to murder anybody.

We believe that church leadership is male, and we do not accept female pastors, bishops, or apostles in the church. The Bible speaks against this clearly, and there is not one example of a female pastor, apostle, or teacher in the New Testament Scriptures.

We are not legalistic about dress code, but we do believe that Christians ought to dress appropriately, as fitting for Christians, and not follow worldly, rebellious styles. To say that God only cares what is in your heart and does not care how you appear physically is a misrepresentation of what He says in His word.

We do not accept the current fad of modern-day church services where the lights are dimmed and there is a backdrop of disco lights and where worldly music is played. God did not give us the right to turn His church into a nightclub, or dim the lights as in a séance, for a more “intimate atmosphere”. It is worldly and fleshly, and while it has gained widespread acceptance and popularity, it is not of God. We are children of the light and not of the darkness.

We are also against the influx of light inspirational preachers today. God’s true men preach the Scriptures in the fear of God with conviction, saltiness, and depth. These false preachers are the fulfilment of a prophecy that says, “For the time will come when they will not endure sound doctrine; but after their own lusts shall they heap to themselves teachers, having itching ears; And they shall turn away their ears from the truth, and shall be turned unto fables” (2 Timothy 4:3-4).

We do not accept the Hillsong movement.

We do not accept the Word of Faith movement.

We do not accept the false “grace” teaching that is being propagated in the church today which is not the biblical understanding of grace.

We do not accept yoga or any other eastern religious practice in the church.

All forms of racism are wrong because we all come from one common father and mother (Adam & Eve), and because Jesus died on the cross for every nation, tribe, and tongue.

For if we believe that Jesus died and rose again, even so them also which sleep in Jesus will God bring with him.
1 Thessalonians 4:14
DailyVerses.net 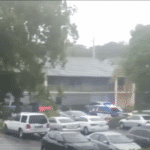 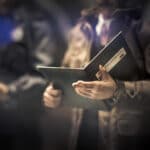 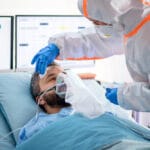 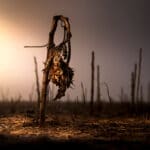 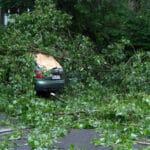 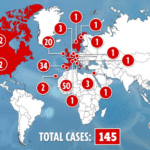 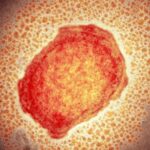