“But the end of all things is at hand: be ye therefore sober, and watch unto prayer.”

We are coming swiftly to the close of the age. Not many days are left. We are in the last of the last days. We have seen a speedy acceleration especially over the last couple of years with Covid-19 and other things happening in the world. This is because the spirit of the antichrist is truly here and the Antichrist himself is just about to be revealed.

“And then shall that Wicked be revealed, whom the Lord shall consume with the spirit of his mouth, and shall destroy with the brightness of his coming:

Even him, whose coming is after the working of Satan with all power and signs and lying wonders,

And with all deceivableness of unrighteousness in them that perish; because they received not the love of the truth, that they might be saved.”

The Antichrist will soon be revealed and will be able to ensnare many souls under his reign, gaining their favour and loyalty, and persuading them to take his mark (666) which will seal their eternal fate.

“And he causeth all, both small and great, rich and poor, free and bond, to receive a mark in their right hand, or in their foreheads:

And that no man might buy or sell, save he that had the mark, or the name of the beast, or the number of his name.

Here is wisdom. Let him that hath understanding count the number of the beast: for it is the number of a man; and his number is Six hundred threescore and six.”

His spirit is already here preparing the way for him. This is evident through current world powers, their control tactics, the agenda they push, and so on. Naïve people including Christians fail to understand that a lot of the things we see have been carefully and deceitfully planned in the background for years by some of Satan’s choicest servants of which the Antichrist will be chief.

The Bible speaks of a great masterplan of Satan working away in the background that will come to its culmination when the church is gone and the Antichrist revealed:

“And now ye know what withholdeth that he might be revealed in his time.

For the mystery of iniquity doth already work: only he who now letteth will let, until he be taken out of the way.

And then shall that Wicked be revealed, whom the Lord shall consume with the spirit of his mouth, and shall destroy with the brightness of his coming.”

We see the work of New World Order proponents in the coronavirus situation, the handling thereof, control and fear tactics, the vaccine rollout and so on. We also see a climate change agenda being pushed on us. The increase in weather phenomenon is not because of climate change but because God is angry at man’s sin, and Jesus is coming back soon. The world leaders are talking about implementing The Great Reset, which is the next stage in the New World Order plan. Soon there will be the Antichrist himself who will get people to receive a convenient mark on the right hand or foreheads.

We see also a lot of talk in the world about equality. This is also an antichrist agenda being pushed on the masses because it is against the word of God. God’s word does not teach gender equality but teaches a strong distinction between the sexes and their roles, and there is no confusion with Him either. The equality agenda is a lie and an attack on God Almighty and His divine revealed truth. Shame on any Christian that would side with the antichrist agenda, rather than God and His word.

God also differentiates between righteous men and wicked men. He is also against homosexual perversion, and God will judge every man according to His works.

There is justice and fairness with God but it is not this New World Order wickedness we are seeing pushed unto people today. This is deception and falsehood. Numerous world leaders are standing up now to push an antichrist agenda, some being masterminds, others being mere puppets, and others submitting to these leaders, to help them accomplish their antichrist agenda. God will judge all these men for the part they have played in taking an already lost world, even further from Almighty God their Creator.

Men such as Boris Johnson, Joe Biden, Justin Trudeau, Emmanuel Macron are working with the New World Order agenda, wanting to be one of the big boys on the world stage. Others like George Soros and Klaus Schwab are the masterminds behind it.

Klaus Schwab sees the coronavirus pandemic as an “opportunity” to bring about The Great Reset (a New World Order plan):

“The pandemic represents a rare but narrow window of opportunity to reflect, reimagine, and reset our world”

Let’s face it: the global elite is not concerned about millions of people dying from a virus but is pushing on with the next phase of the New World Order plan.

The global elite like it when people die by the multitude because they are population control freaks. They want to cull the human population, as this will lessen the problems of the usage of non-renewable resources and so on. Bill Gates openly speaks about bringing down the population through the use of (believe it or not) “new vaccines, health care, reproductive health services” (see video below: quote at 4 min. 44 secs.).

The globalists are in favour of feminism, (less stay-at-home family orientated women), homosexuality (fewer children), and abortion (lower birth rate). Traditional families and conservative values lead to bigger families, and a higher world population growth rate, which is what the globalists are trying to avoid. The more people, the more consumption of unrenewable energy resources, the less quality of life for others, is engraved in their thinking.

In 2009 a female medical doctor whistle-blower, went on American television warning that the globalists were coming with a vaccine to cull the human population, but first, they must bring about a pandemic.

Listen, these men have no right to play God. God said to replenish the earth:

“And God blessed them, and God said unto them, Be fruitful, and multiply, and replenish the earth, and subdue it: and have dominion over the fish of the sea, and over the fowl of the air, and over every living thing that moveth upon the earth.”

Let God determine the population—it’s His earth. He has a plan; He gave the earth along with it’s resources and Jesus is coming back soon anyway. There is nothing to be concerned about except getting right with God. If these men had any sense, they would stop trying to run the planet and be concerned about where their eternal soul is going, and also that of the family.

What we need to understand is this, that these men are wrong, the Bible is true, the Antichrist is just about here, and more importantly, Jesus is coming back very soon. It is time to get ready. The Apocalypse is coming where all the judgments of the book of Revelation will be poured. God is very angry and will punish the world for their evil:

“And I will punish the world for their evil, and the wicked for their iniquity; and I will cause the arrogancy of the proud to cease, and will lay low the haughtiness of the terrible.”

It is wake-up time. I firmly believe that God has used the coronavirus as a wake-up call to the world and also the churches that are not right to wake-up also. It seems that many are still asleep. Great danger lies ahead for those who to refuse to wake up. God will only fire so many warning shots before He unleashes judgment. God is in control and He could have stopped the coronavirus if He had wanted to. He has had enough of a wicked world and wayward church that will not obey Him. He will also allow the “mystery of iniquity” to come to pass, and the Antichrist to implement His plan very shortly.

We are to “be sober, and watch unto prayer” (1 Peter 4:7). We’re to open our eyes, make sure we are ready, and help family members and friends be ready for Christ’s coming. There are evil men in high places who bring about their antichrist agenda, and it is happening now!

“Knowing this first, that there shall come in the last days scoffers, walking after their own lusts,

And saying, Where is the promise of his coming? for since the fathers fell asleep, all things continue as they were from the beginning of the creation.

For this they willingly are ignorant of, that by the word of God the heavens were of old, and the earth standing out of the water and in the water:

Whereby the world that then was, being overflowed with water, perished:

But the heavens and the earth, which are now, by the same word are kept in store, reserved unto fire against the day of judgment and perdition of ungodly men.

The Lord is not slack concerning his promise, as some men count slackness; but is longsuffering to us-ward, not willing that any should perish, but that all should come to repentance.

But the day of the Lord will come as a thief in the night; in the which the heavens shall pass away with a great noise, and the elements shall melt with fervent heat, the earth also and the works that are therein shall be burned up.

Seeing then that all these things shall be dissolved, what manner of persons ought ye to be in all holy conversation and godliness,

Looking for and hasting unto the coming of the day of God, wherein the heavens being on fire shall be dissolved, and the elements shall melt with fervent heat?

Nevertheless we, according to his promise, look for new heavens and a new earth, wherein dwelleth righteousness.

Wherefore, beloved, seeing that ye look for such things, be diligent that ye may be found of him in peace, without spot, and blameless.” Repent Of Your Sin 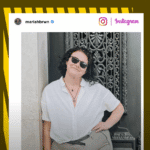 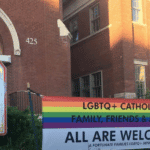 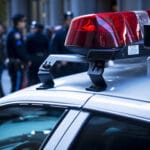 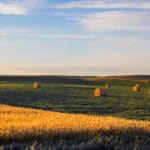 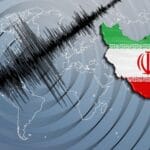 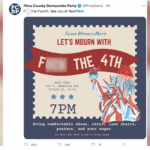 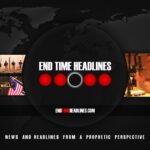 (WATCH) Biden’s economic advisor says what we are seeing is for the sake of the future “liberal world order’,
1 July 2022 - Ricky Scaparo 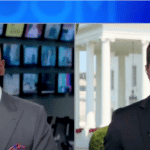